Over the past few years, you may have noticed this trend of attaching the word “artisanal” to everything: artisanal haircuts, artisanal food, artisanal furniture, and artisanal drinks. What is it about people nowadays that make them want things that were done by hand?

Well, with the world shifting to a more customer-centric mindset, it’s not enough for people to purchase, let alone ingest, mass produced things. No, if I’m going to be consuming something, I want it made for me specifically. And honestly, there’s nothing wrong with doing things the old way: things get tailored to meet your unique tastes, you know what’s going into it, all of which contribute to the experience.

When it comes to cocktails, many mixologists and bartenders are going back to classic recipes in order to elevate their craft, innovating new drinks while perfecting old ones. To do this, they’ve scoured the recipe books of established cocktail meccas like the Stork Club, the Old Waldorf-Astoria, and The Savoy.

In my opinion, the base for any good bartender or mixologist out there is the mastery of 5 specific drinks. These drinks cover the cardinal flavors and are a true test of a bartender’s control and tastebuds. 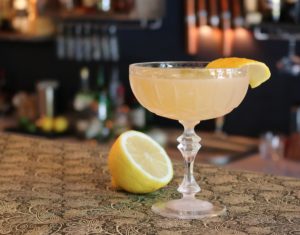 A popular French cocktail that originated in France, the Sidecar was named after an American army captain who used to enjoy this libation in Paris during the First World War. The Sidecar is usually served in a sour glass with sugared rims, or in a regular cocktail glass.

Pour ingredients into cocktail shaker. Fill with ice and then shake well. Strain the whole thing into the sour glass or cocktail glass. Garnish top with a twist of lemon. 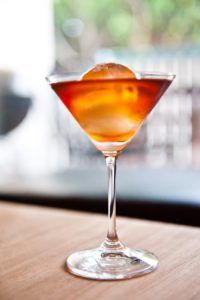 A whiskey-based drink that originated from, you guessed it, Manhattan. Its creation is usually attributed to Dr. Iain Marshall who hosted a banquet at the Manhattan Club in New York in the early 1870’s. While the Manhattan originally used American whiskey, many bars now use Canadian whiskey, a practice that started during Prohibition. However, a good rye whiskey is the ideal ingredient for Manhattan purists.

Pour all ingredients into cocktail shaker. Fill with ice and shake vigorously. Not only does this chill the drink down, it also melts the ice and waters down the drink ever so slightly, making it easier to drink. Strain over a chilled cocktail glass and garnished with a maraschino cherry. The Manhattan is great as a pre-dinner drink.

The Manhattan is a useful drink for any bartender as it can be modified extensively to display their creativity. 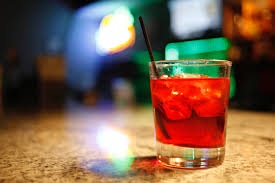 One of the six basic drinks mentioned in the now-standard The Fine Art of Mixing Drinks, the Old Fashioned can be seen as the granddaddy of all cocktails, almost literally: the original definition of the word “cocktail” was any drink that consisted of a spirit, some bitters, water, and sugar. Sound familiar? Early recipes used a variety of spirits like absinthe or rum, and over time, this drink became one of the most enduring cocktails in the country, making them “old fashioned”.

Place sugar cube in an Old Fashioned glass. Saturate the sugar cube with the bitters, add a few drops of water, and muddle until dissolved. Add ice. Pour bourbon or rye whiskey over ice, and garnish with an orange twist and a cocktail cherry. 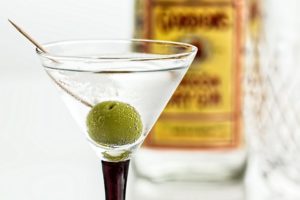 One of the most recognizable, beloved, and enduring cocktails in all of libation history, the Martini has been described as the “elixir of quietude”, an American invention as perfect as the sonnet, among other things. The drinks origins itself are unclear, although the most prevalent theory was that it was named after a brand of vermouth called Martini in 1863. By the late 1800’s and the early 1900’s, the Martini was already an American institution. However, the drink shot up in popularity even further during Prohibition. With the rise of homemade (illegal) gin, Martini became the drink of choice of pretty much everyone. Although the popularity of Martinis has gone up or down over the decades, it has always remained as one of the most sought-after drinks because of its simplicity, elegancy, and sheer coolness.

Pour all ingredients into mixing glass. Fill with ice cubes and stir carefully so as not to bruise the ice. Strain into chilled martini glass. Garnish with olive, or squeeze lemon oil from lemon peel onto the drink 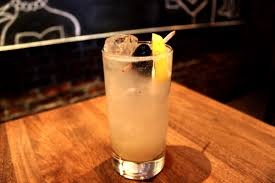 First mentioned in writing in 1876 by the “Father of American Mixology” Jerry Thomas, the Tom Collins is cool, easy, and refreshing, making it the perfect beverage for hot days and warm nights. It’s light, sweet, bubbly, and easy to make. There is some confusion as to where the Tom Collins originated from; British drinks historians claim that it’s a completely English invention, citing the existing of a drink called “John Collins” in the 1860’s. However, it IS clear that the first recipe for the first TOM Collins drink was found in Jerry Thomas’ now-famous Bar-Tender’s Guide.

Mix gin, lemon juice, and sugar syrup in a glass and mix well. Add ice and top with soda water.

This isn’t, of course, an exhaustive list, so you might not find your favorite drink here. However, I believe that mastering these 5 simple cocktails will be your gateway to creating more complex and delicious drinks in the future.