Have you ever wondered how race car drivers keep fit? Imagine driving for many hours in a race car that speeds up to at least 130 kilometers per hour on a rally route and even up to 200 kilometers per hour on the race tarmac? Add to that the heat from the engine and weather, increased heart rate, and the stress of competition. Being a race car driver is not just about pressing pedals and turning wheels.

But first, why is there such a fascination for racing? People have always been fascinated by speed and machines, hence the worldwide fan base for all kinds of motorsports. In the United States alone, motorsports events attract at least 15 million people to their live events.

One of the most gruelling race competitions in the motorsports world is the World Rally Championship (WRC) that once featured Japan’s top carmakers like Toyota and Mitsubishi as well as other international car brands such as BMW, Ford, and Hyundai.

These events need a lot of investment in time and resources since it involves high-performance engines and parts. For example, in competing in a U.S. or Asian rally, Subaru brakes cost a certain amount that needs to be bought and put in stock before the competition starts. Top race teams also stay in contact with parts suppliers to make sure their race cars are fitted only with the best authentic components.

Physical and Mental Toll of Racing

To the fans and spectators, being a race car driver is all about satisfying the “need for speed” and getting that “adrenaline fix”. What they do not see is the struggle, pain, and sacrifice that goes into every training day and competition week. Many of the rally championships last anywhere from three to five days straight. Imagine the physical conditioning that every driver needs to have to compete at that level. For example, Finnish rally driver Teemu Suninen was tested and found to have burned 4,600 calories in a race. For a three-day race, he is estimated to burn at least 14,000 calories.

Inside the driver’s cockpit, temperatures can range anywhere from 77 to 149 degrees Fahrenheit (25 to 60 degrees Celsius). Turning the steering wheel with each gear shift actually is like pulling deadweight of about 20 to 30 kilograms. Moreover, each step on the brake when the race car is at high speed is like having an 80 to 100-kilogram sack press on one’s back. Aside from the enormous energy output of their profession, hours of driving definitely takes a toll on the driver’s spine. The long period of sitting plus the vibration of the race car both contribute to stress and pain of the spine to include the lumbar area, pelvic region, and upper thighs.

The eye and mental strain of needing to remain completely focused on driving is also a challenging aspect of a racing career. Add to this, the discomforts of having to travel from one country to another at least six months of the year during the peak of the race season. It is but normal for drivers to lose sleep because of all the traveling they do just to reach a series of race destinations. All these are factors that contribute to the physical, emotional, and mental stress that professional drivers need to cope with. 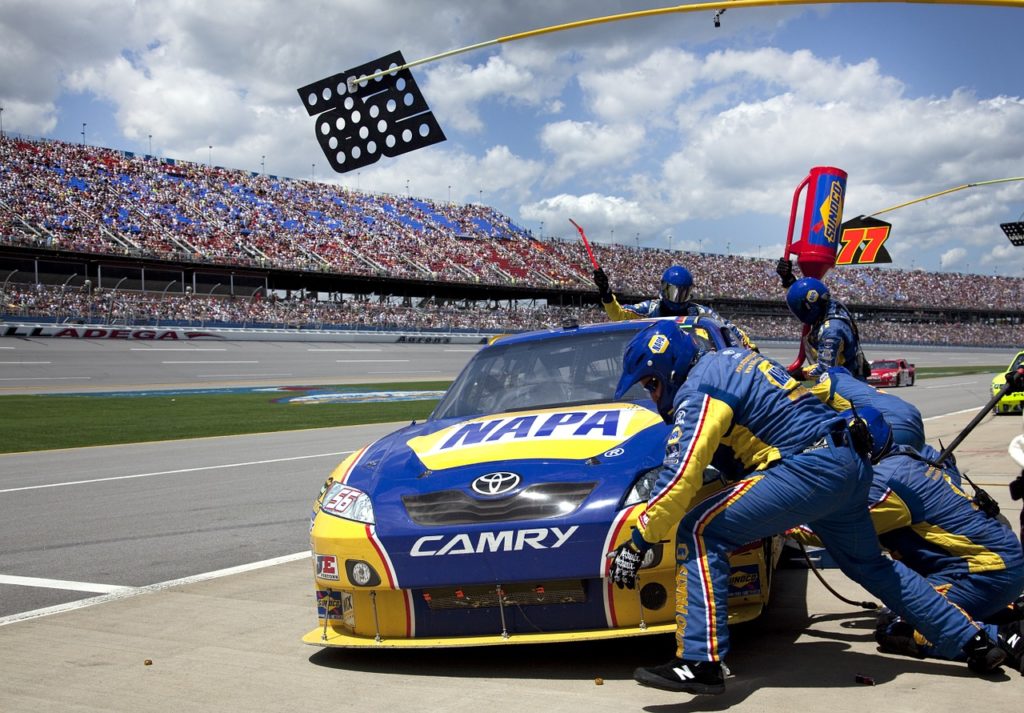 Aside from the technical expertise that racing teams put into each race car, they also focus a lot on the other “engine” that is equally important, if not more. Racing teams also invest in the health of the driver’s physical body, as well as his mental and emotional fitness.

When not on the race track, the drivers hit the gym to work on their core muscles which is crucial to give them the center-body stability needed to stay upright throughout the many hours of driving. Having strong abdominals and lumbar strength is also needed to cope with the strain of the car vibrations and brake pressure done at high cruising speeds and even on sudden stops. ;

These driver-athletes also spend time working on their biceps, forearms, and legs which are crucial body parts that need to exert controlled force during the race as they maneuver the vehicle along the race path. They also focus a lot on stretching the body especially the neck and upper back muscles that can go stiff during lengthy race legs. On good weather days, they also spend time riding bikes or running on a treadmill to improve their heart rate and cardiovascular endurance.

Indeed, being a race car driver has its perks such as having multi-millionaire status based on their income and endorsement deals, fame and the constant admiration of fans, traveling the world, and all the knowledge and skills they develop all throughout their career.

Yet, it is all hard work and a lot of sacrifice being far from one’s family for weeks and months. As true endurance athletes, they stick to rigid training program and bear with the body aches of race days. When failures come, and they do every once in a while, they also need to have the emotional balance to accept losing a race and find the will to come back and win again.